As a self-employed freelancer who works from home on a laptop, I sit down – a lot. Doing the school run twice a day on foot, and trips to the kitchen to make cups of tea and to the bathroom notwithstanding, I’m sat down for most of my working day. This makes me prone to “the sitting disease”.


Now, one of my wife’s clients is the Association of Occupational Health Nurse Practitioners (AOHNP) UK, and I do work for Phoenix Occupational Health myself. Through doing that work, I’ve come across the term “the sitting disease” and lots of articles about it.

What is the sitting disease?

In case you’re unaware of it, Googling “sitting disease” brings back this definition:

“The term “Sitting Disease” has been coined by the scientific community and is commonly used when referring to metabolic syndrome and the ill-effects of an overly sedentary lifestyle. However, the medical community does not recognize Sitting Disease as a diagnosable disease at this time.”

It’s a really hot topic within Occupational Health and other health-related spheres at the moment. In fact, for some people, sitting is being described as “the new smoking”.

Cheery thought, isn’t it?!? The job we do to provide for our kids and spouse is actually making us 40% more likely to die within 15 years!

Are you sitting too much?

Sarah Brealey states, in her article on sitting disease for the British Heart Foundation website, Are you sitting too much?

“Most of us know that being active is good for our health. But more evidence is emerging that even if you exercise regularly, spending a lot of time sitting down can be bad for you. Professor Stuart Biddle, Professor of Physical Activity and Health, based until recently at the BHF National Centre in Loughborough, explains:

“We sit too much, and research suggests that this is not very good for you. The poor health effects from too much sitting are separate from whether you are physically active or not. They are separate behaviours in the same way that smoking is different from diet.”

“People who spend long periods of time sitting have been found to have higher rates of diabetes, cardiovascular disease and death from all causes. This was originally thought to be because those people were more likely to be obese. But there is now evidence that even if you’re not overweight, sedentary behaviour (see definition, below) can still put you at greater risk.

“Sitting for long periods is also associated with poor mental health, such as depression (although it can be difficult to separate cause and effect), and that people feel their minds are working better when they sit less.

“Sedentary behaviour is increasingly common in a society where many of us do desk jobs, travel in motor vehicles and spend leisure time in front of computers and televisions. It also increases with age, particularly when ill health is a factor. Research into current levels of sedentary behaviour is limited, but we know that adults of working age in England average about 9.5 hours per day of sedentary time.”

I’m already starting to feel the effects of being sedentary – knee pain and numbness, stiff neck and sore back, loss of muscle tone, poor circulation and cold feet… It’s a litany of symptoms related to sitting for too long, and I’m also being told in articles that I’m storing up more health problems for later life. Great.

But, I’m freelance self-employed. My job constitutes sitting at my laptop for long periods of time. ALL my work is done on my laptop, and if I don’t work then I don’t get paid. Sitting disease is an occupational hazard, and trade-off for having the flexibility that WFH brings, isn’t it? If I was an employee at a large corporate with an Occupational Health department and an understanding boss, there might be an office-wide initiative to alleviate sitting for long periods of time, and I might be provided with a swanky new sit stand desk like the one in the picture below.

But, as a humble freelancer with limited resources, what can I can do about it?

The British Heart Foundation again gives us some tips:

1. Try to take regular breaks from looking at a screen

If watching television, get up in every ad break. At work, walk away from your computer screen at regular intervals.

2. Stand instead of sitting when you can

Try it for short periods while watching television, in meetings, at your desk or while on the phone.

Walk over to colleagues instead of emailing or phoning them.

4. Plan in some active time when you are usually sedentary

For example, in the evenings, consider an exercise class, going for a walk or cooking a healthy meal from scratch, instead of heating a ready meal.

It might be that you limit television to an hour in the evening or that you ban yourself from reading emails or using the internet for a certain period in the day. If you have a family, it’s great for everyone to follow these limits.

To that, for those of you who WFH like me, I would add:

…anything that gets you up on your feet and breaks your day up, really.

Your body and your family will thank you for it in the long run. Remember, 15 years is a long time dead. 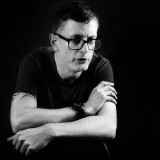